Today, children who misbehave aren’t spanked, but they are coddled and talked to. Spankings that our parents and grandparents used to receive taught them to respect their elders and other people. Back then, spankings weren’t considered abuse, whereas now no parent would dream of laying a hand on their child in fear of C.P.S. being called.

Not only were children spanked in the past, but they could be disciplined by adults who weren’t their parents or family members. If someone saw your child misbehaving, not only would the adult tell the child to behave, but they may have also given them a swift spanking. The difference is, back then people knew it took a village to raise a child, today? Not so much.

Did you know that in some states, we weren’t required to wear a seatbelt until the 90s? Parents didn’t make their kids wear a seatbelt back in the day because they thought the backseat was safe. Not only that, but many parents allowed their kids to ride in the back of their trucks or station wagons for fun!

11. Cooking on the Stove 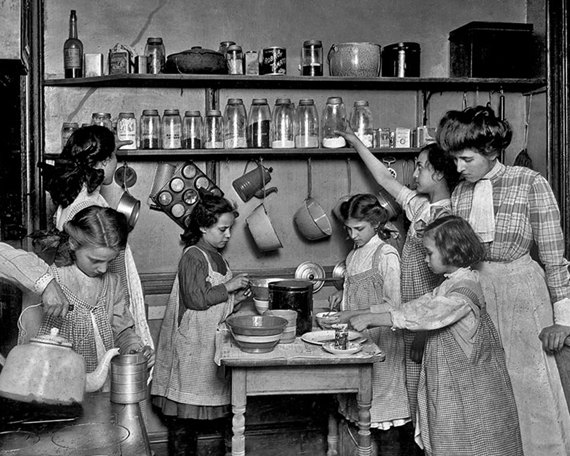 Kids have always enjoyed playing with toy stoves and ovens, but there’s probably a good chance that your parents and grandparents were not only allowed, but expected to help cook the meals—especially if they were a girl. Today, parents are so overprotective that they won’t let their kids near the stove in case they’d get burned.

12. Spinning Your Kids On the Merry Go Round

It used to be so much fun when an adult would spin the merry go round incredibly fast. Neighborhood kids would hold on for dear life until the force sent them flying (not quite that dramatic, but you remember how fun it used to be!) Today, you don’t see these merry go rounds much on playgrounds anymore, much less a parent spinning it nearly as fast. Boring! 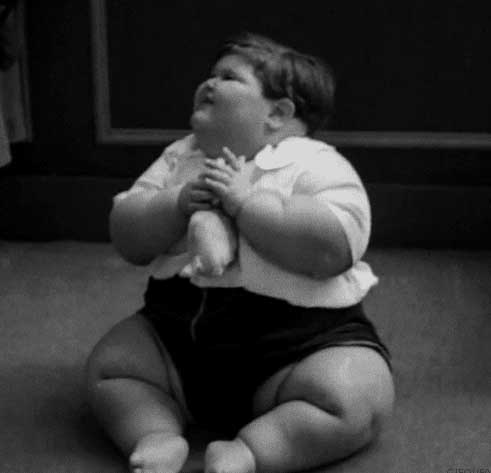 Being fat isn’t easy for a kid, no matter what decade you’re growing up in. However, back when your parents were young, their parents didn’t have to worry about C.P.S. investigating them because you were heavier than you “should” have been. In 2011, a 200-pound third grader was removed from his home because health officials said the child’s mom didn’t help him enough to lose weight.

14. Understanding That Having Your Feelings Hurt Didn’t Mean You Were Bullied

There is a difference between bullying today and bullying from decades ago. Back then, when you came home from getting into a fight or someone picked on you, parents didn’t coddle you. They told you to stick up for yourself or learn how to defend yourself. Now? Kids have their parents fight their battles. There are anti-bullying campaigns that don’t seem to work everywhere you look.

15. The Sun Wasn’t Something to Be Protected From

When your parents or grandparents were younger, they didn’t have an inch thick of sunscreen plastered on their skin when they went out to the beach. This is because they weren’t told that the sun was something that could hurt them. In fact, studies show that you can get a lot of Vitamin D from sunlight.

Raising kids today is a lot different than it was back then. Is it for the benefit of our kids that we hover over them and are ever so watchful? In some aspects, yes. There are so many instances of harm coming to our children because there are predators out there who abduct kids. However, we have to wonder when protection has become too much.

Leave a comment and tell us what you think about our list and if you think it is better to be raised today or back in the 50s or 60s. We’d love to know your opinions!