Tattoos aren’t just for sailors or gang members anymore! Tattoo shops are popping up on every corner, and you can get pretty much anything tattooed on your body these days. However, just because you can, doesn’t mean you should….. 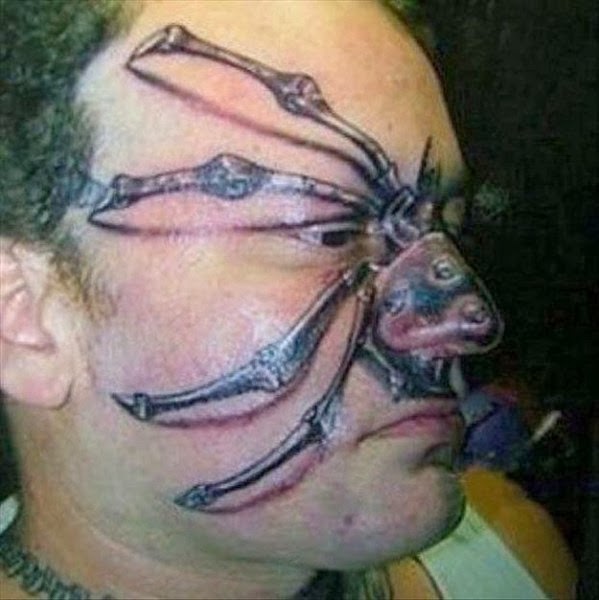 If you didn’t have arachnophobia previously, you might just have it now. Clearly, this guy finds that this is an attractive addition to his face. However, this is clearly going to be a regrettable choice. 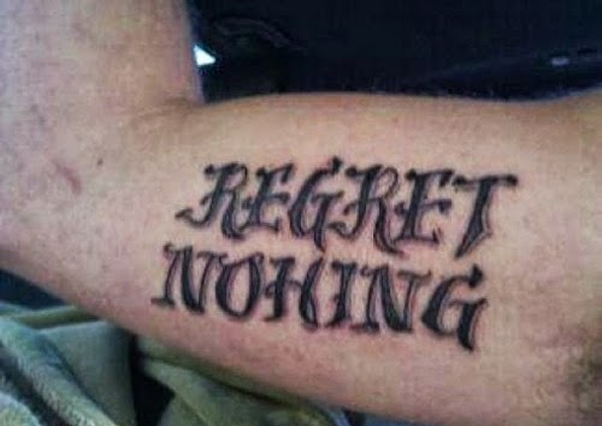 Although life might be better if we don’t do things that we regret, some things are very, very regrettable. For instance, this tattoo that says: REGRET NOHING. What is Nohing? 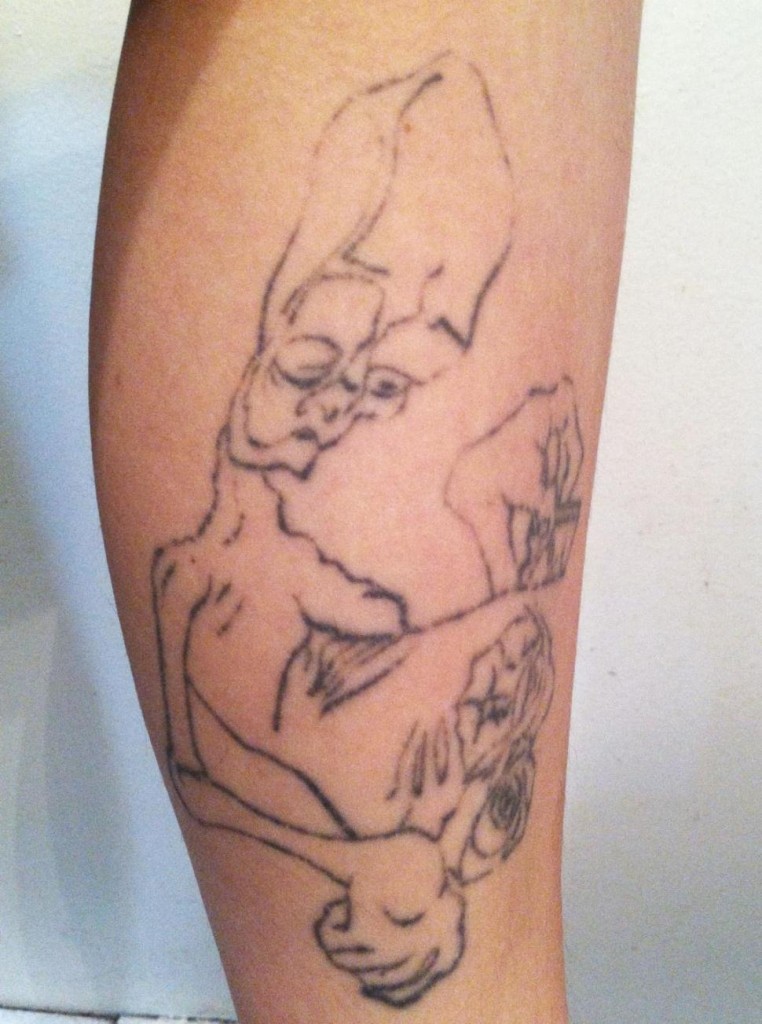 Did a child draw this? Is it an alien? A person cut in half? It’s definitely an epic tattoo fail…. 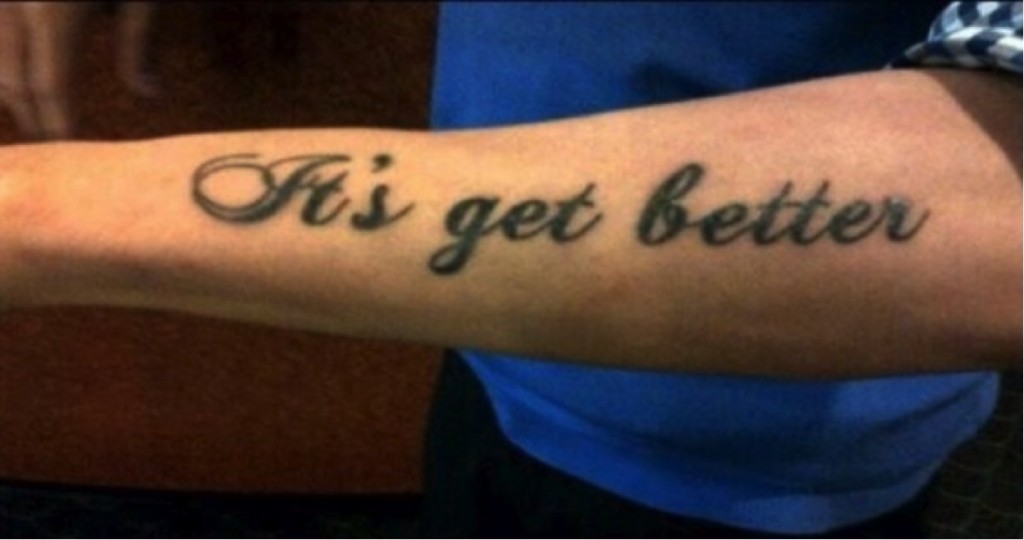 Misspellings and grammatical errors are probably some of the most common tattoo fails ever. Let’s face it, tattoo artists aren’t known for their language skills. The lesson here? Proofread before going under the needle! (Also, it isn’t going to get better—it’s a tattoo so it’s permanent.) 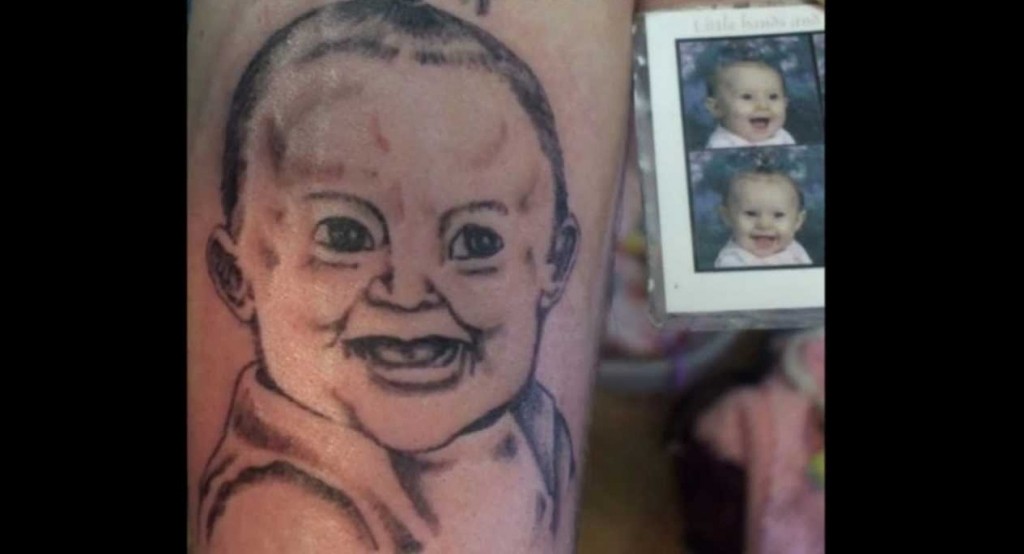 Let’s be honest, no tattoo of a person’s face actually looks like the real thing. So instead of getting a cute baby, like in the photo? You get a scary baby, like you see on this person’s arm. Very, very unfortunate. 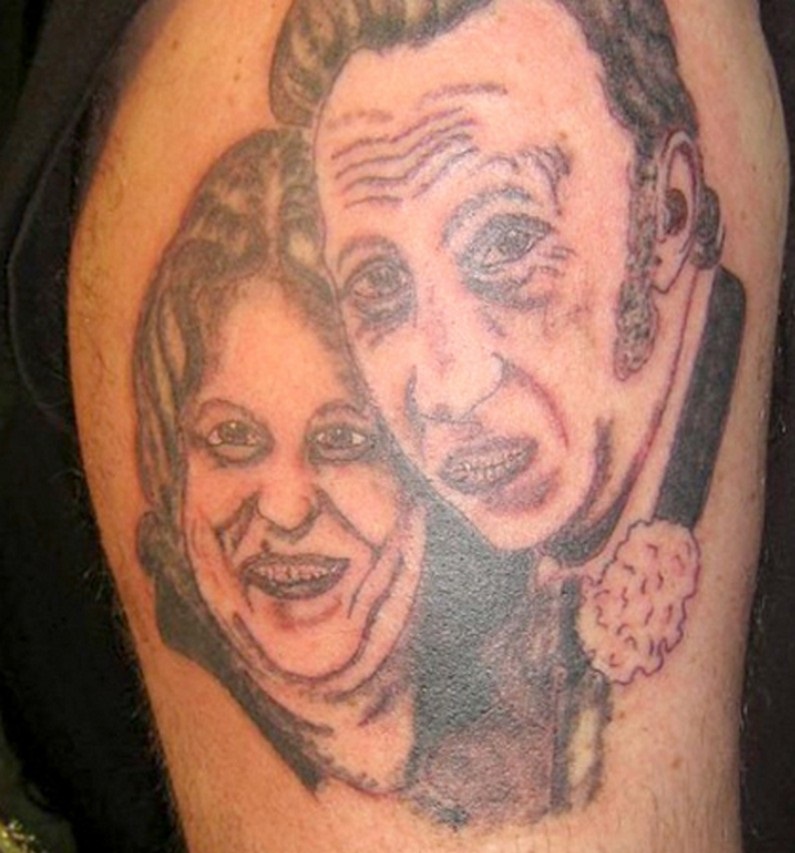 Again with the attempts to make face tattoos look real. The combination of sideburns, wrinkles, moles, and what appear to be extreme braces on their teeth make these two look more like zombies than people. Plus, you can see the hair growing on the back of this guy’s arm. We can only hope it doesn’t grow back through the tattoo and make the woman’s face hairy! 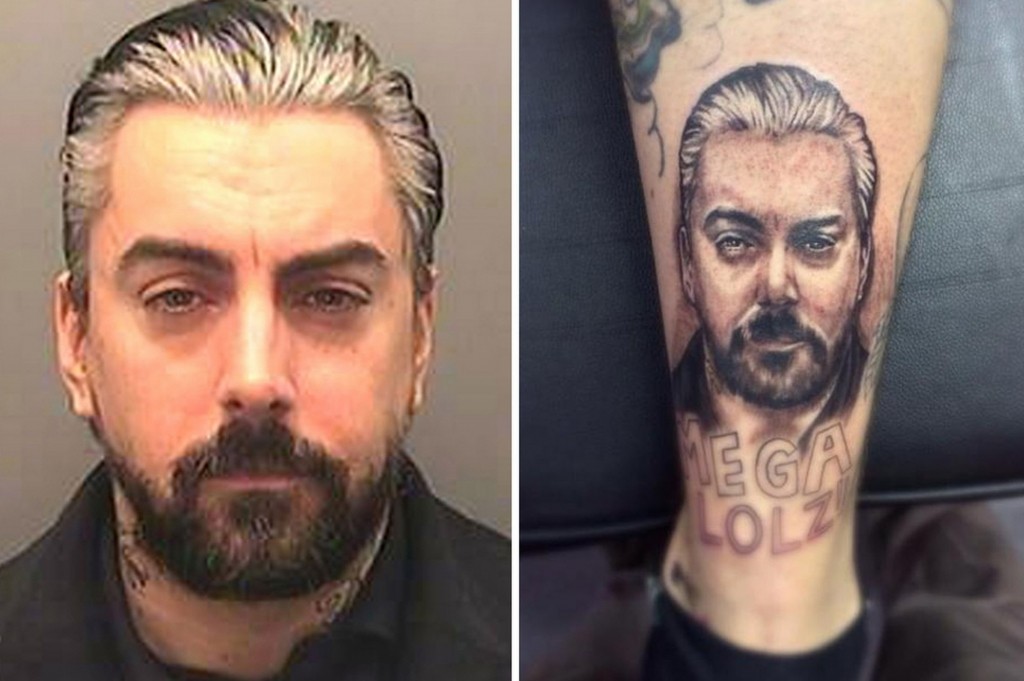 This face actually looks more real than most—but do you really want this face of this man on the back of your leg? This musician, Ian Watkins (former frontman for Lost Prophets) has been convicted as a child abuser and is now serving 29 years in prison. 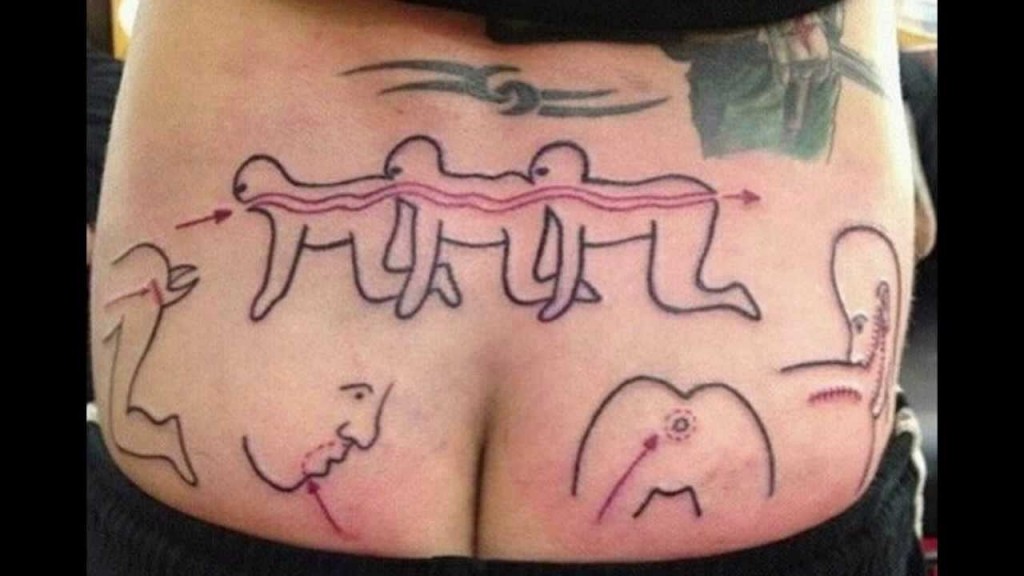 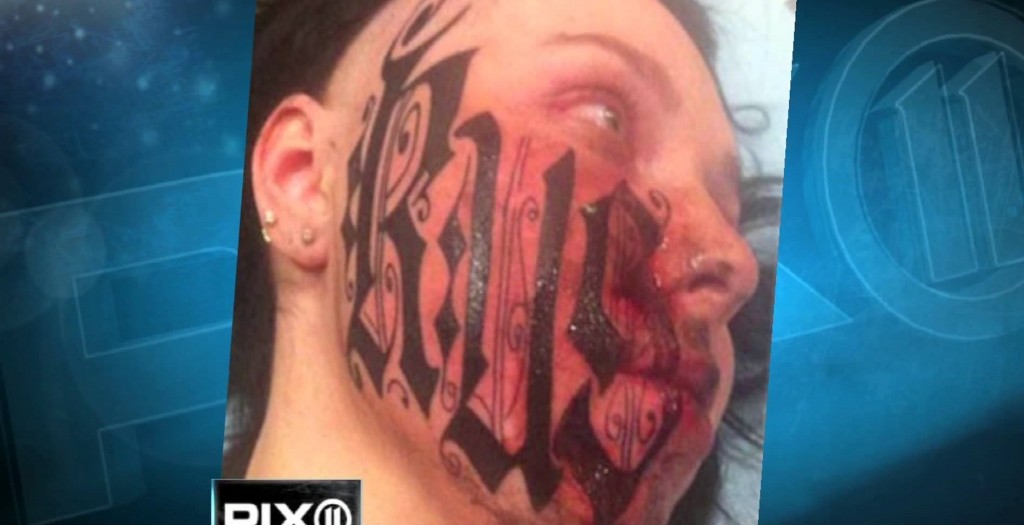 Faces weren’t really made for tattoos. Especially ones with enormous letters plastered across them. It’s hard even to tell what this says, but we’re thinking that this is only half of the guy’s name on this side of her face. The weird thing is, does it not bother her to always see this backwards when she looks in the mirror? What about when she takes a selfie on her phone? 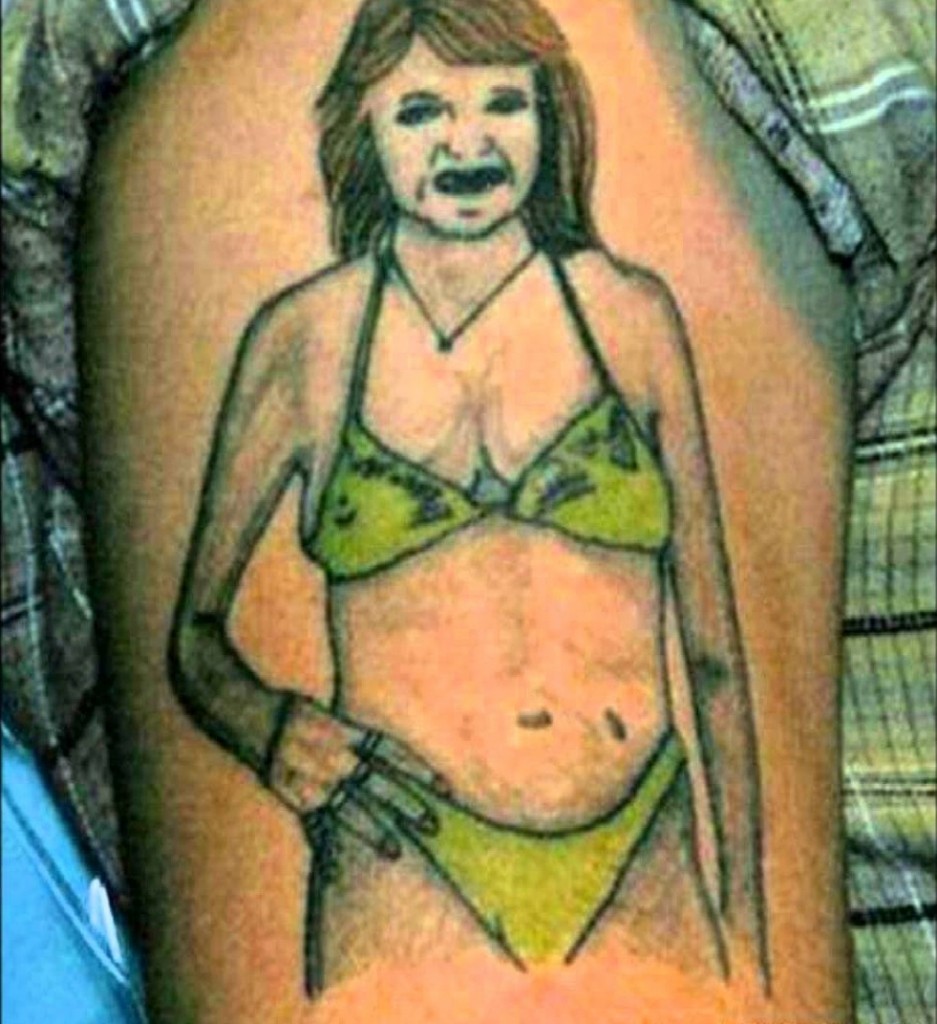 Not only is this an unflattering picture, done with extremely poor artistry, and completely out of proportion (look at those skinny arms!) but what happens when this guy gains weight? 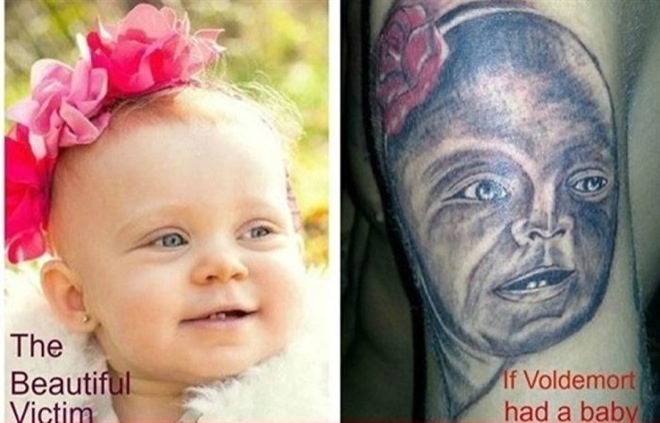 And you thought the earlier baby was scary! That was nothing compared to this one. It sort of looks like a combination of ET and Voldemort….. 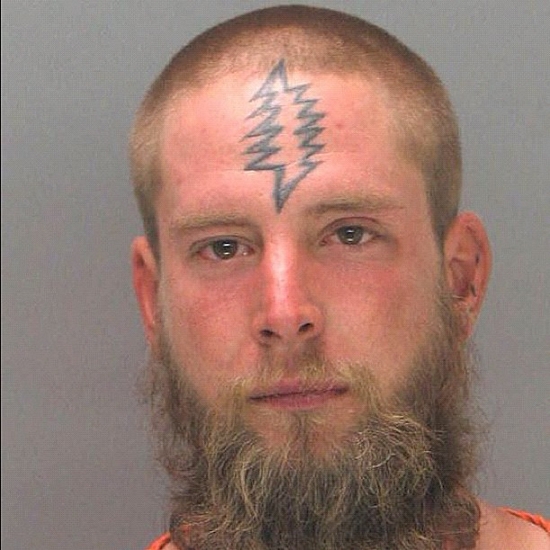 This guy had a brilliant idea. But then, instead, he got a lightning bolt tattooed on his forehead. Are we at all surprised that this photo clearly shows him wearing a prison uniform? 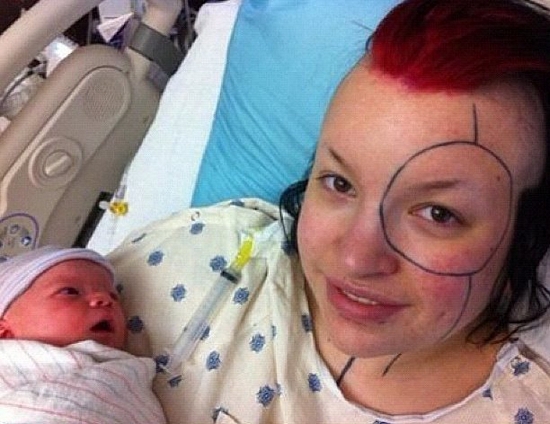 Not only does this mom have a circle around her eye, but the baby is looking at her as if he understands that she shouldn’t. “Mom, I was just born, and I can see that’s ridiculous!”